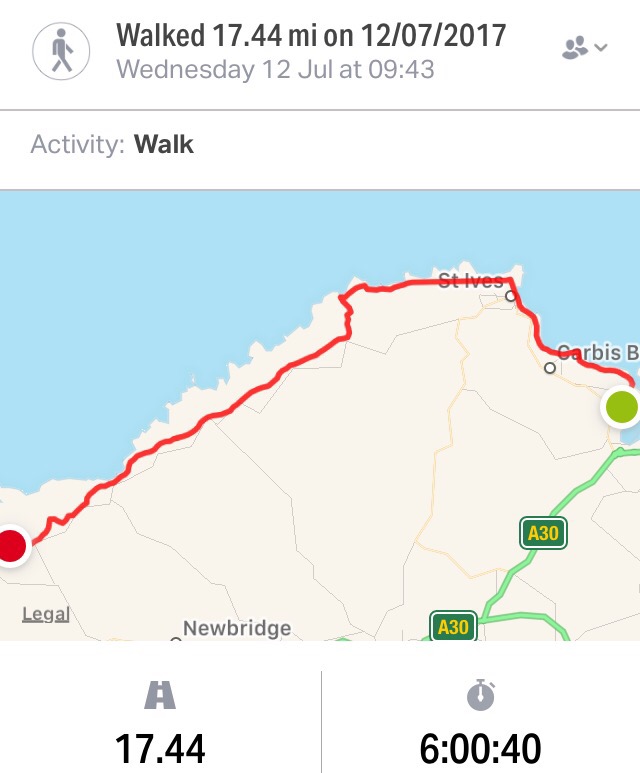 What a difference a day makes (another bad song, Sue) …. Yesterday Hayle was a dull, fairly miserable place whereas today it boasted a beach and bay that could rival the Caribbean!  Well, you know what I mean. My boots and every part of me were dry and the morning sunshine was warm and bright and  very welcome. I crossed a golf course and then followed the path, squeezed between the St Ives train line and the beach, towards Carbis Bay. 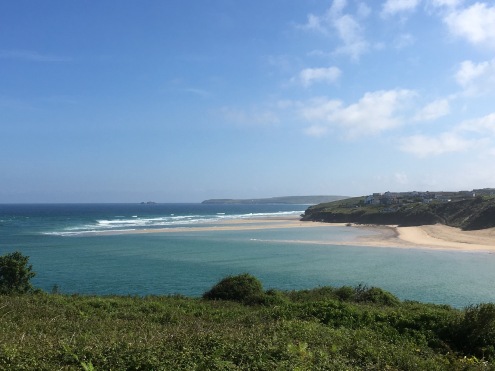 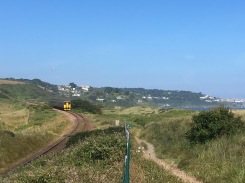 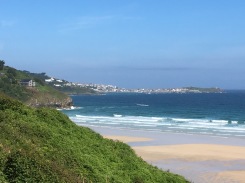 No riff-raff in Carbis Bay – I walked past the lovely bay (with a major development under construction) and striking houses with even more striking views, and echiums (or echia?!) growing like weeds along the path.

A bit further on, St Ives looked invitingly glorious, but it was too early to stop and I cut through the town via the Tate gallery.  The town’s streets and beaches were busy, arty and smart. 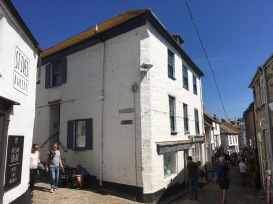 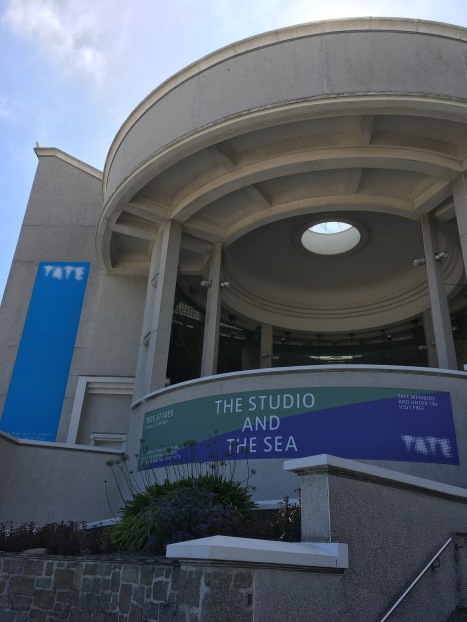 The crowds soon fell away as I followed the path westward – lots of rocky clambering. After the towns of Hayle, Carbis Bay and St Ives the coast is quickly devoid of any settlements as far as Sennen and Land’s End.

I came off the coastal path to head inland through fields towards Zennor for lunch.  The Tinners Arms is a favourite of the FatBlokes and ‘something we always do‘, and I enjoyed mussels and a pint of Tinners. 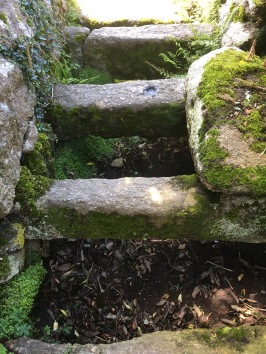 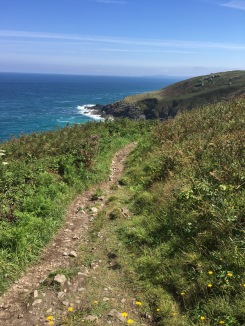 I lost my way as I rejoined the coastal path after The Tinners and found myself scrambling upwards at Portmoina Cove to join some climbers (who I thought were on the path, but in fact were regrouping from an ascent). They gave me a cup of tea and explained what they’d been doing to reach the top of a sheer rock face. See if you can spot the climbers on the opposite face, Bosigran Cliff …. 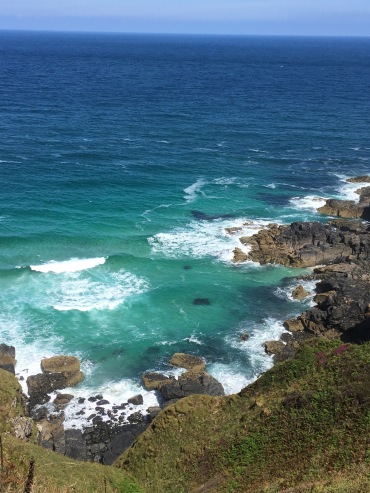 I arrived in Pendeen – again a bit inland – and dropped into the North Inn for an emergency lager. The FatBlokesWalking have stayed here a couple of times and on the last occasion some of us came away with bedbugs, so I tried the other pub in the village for dinner – my last ‘billy-no-mates wearing odd clothes’ evening for a while, I guess …. 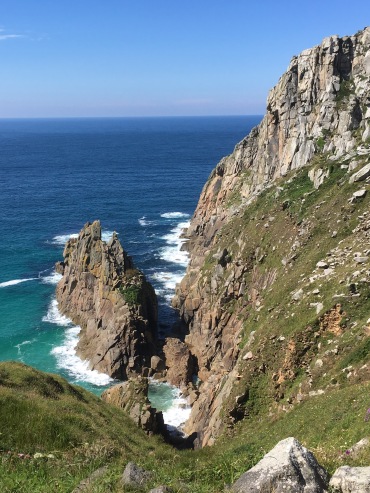