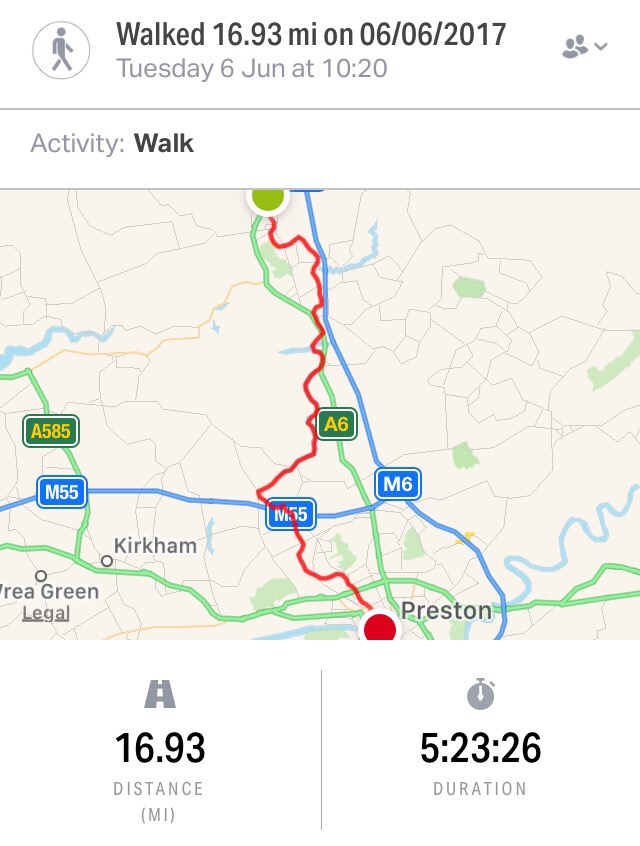 Garstang may have an ugly name but I think it might be a nice place. It claims to be the world’s first Fair Trade town, has the Wyre viaduct, a heritage trail and its own ‘Visit Garstang’ centre, and boasts a pretty marina. It also has a ‘Booths’ – northern for ‘Waitrose’ I gather. I’d have spent some time looking about but needed to stride out and rejoin the canal towpath (and it was pouring down). 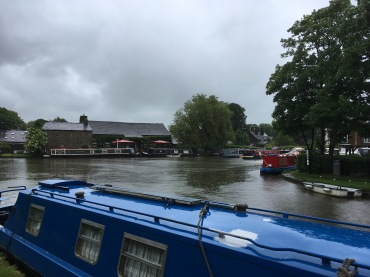 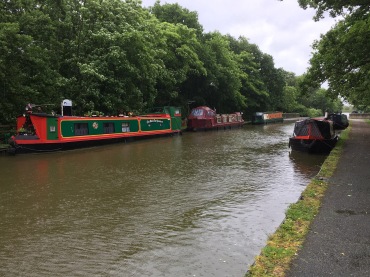 It was an uneventful and fairly featureless walk. I didn’t meet a single person on about a dozen miles of the towpath until I reached Preston – not even a dogger – except for a chap who seemed to be trying to seal a leak in the canal wall with an expanding foam – messy, not easy, not convincing. 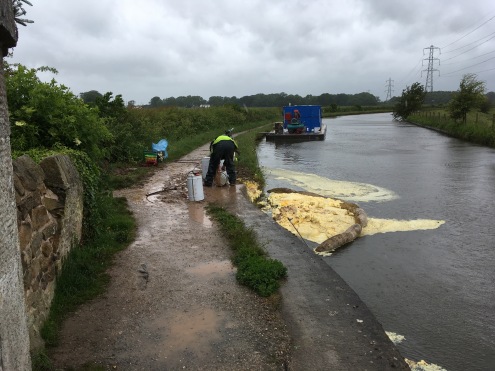 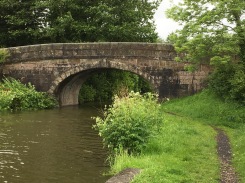 The Lancaster Canal comes to an unimpressive finish in Preston at the rear of some terraced houses, with no fanfare but lots of stagnant weed and litter and the odd rather sad neglected boat. I may not have seen the best parts of Preston, but Russ’ assessment looks pretty accurate. I’ll be leaving promptly in the morning … 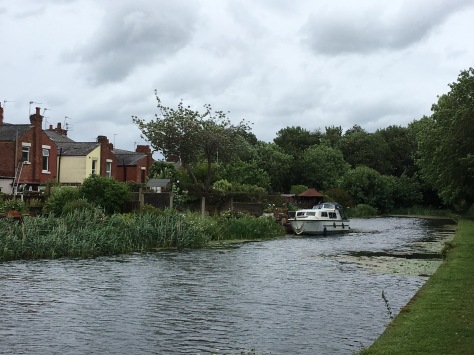 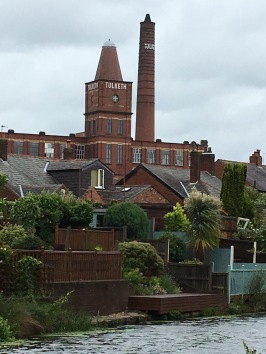 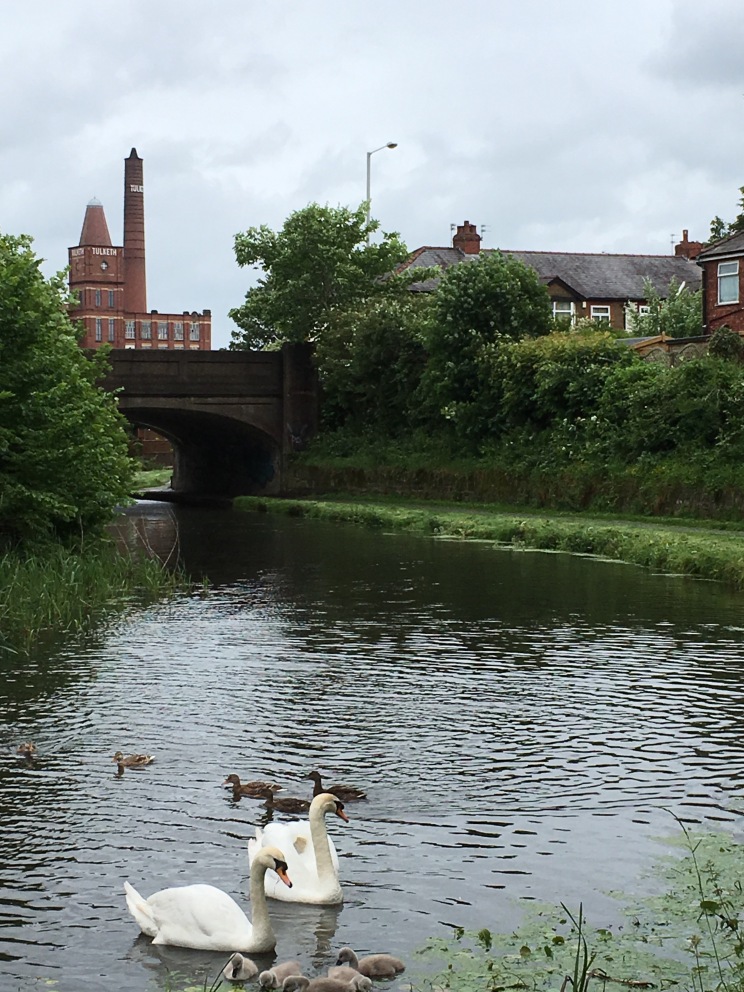 Armed with my new Liverpool OS, I’m changing my route from here to cut south to Skelmersdale by tomorrow evening, following some more towpaths and then going cross-country. This will allow me to spend Election Day walking to Widnes where I’ll catch an evening train home to Salisbury. I can then take three days off before recommencing my Jogle/JOGLEEPOPT on Monday. Bev’s no longer going to be in Staffordshire for the weekend and it makes sense for me to head home rather than kick my heels in the North-west. 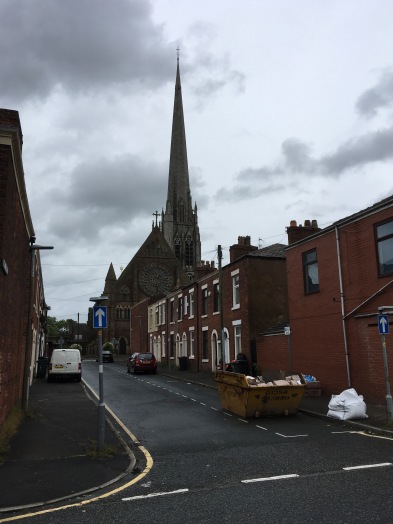 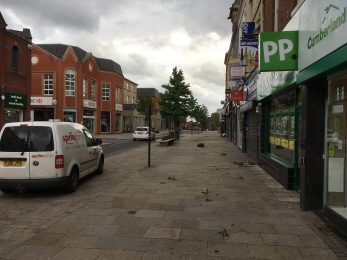 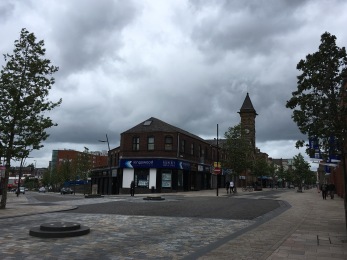 On Friday I’ll recover from the Election – maybe preparing for our escape from the Country … ?! Then on Saturday and Sunday Bev and I can do some gardening, walk the dogs, go to the Wyndham Arms etc and I can see Genevieve and Henry, give the Jag an inconsiderate spin, arrange a new energy tariff and inspect Henry’s appendix scar. I can also wash everything. My socks may have to be replaced as they’ve become a bit stiff and slimy, as if they’re reverting back to fleece. They certainly smell bad; like a sheep would I should think ….

Many thanks for your various ‘earworm’ music choices – some better than others, but overall it meant I had a pretty awful disco happening in my head most of the day.  The weather was also bad, but even the wind seemed to swirl about and give me a shove in the right direction rather than a slap in the face. All in all a good day and I’m TheHappyChappy! 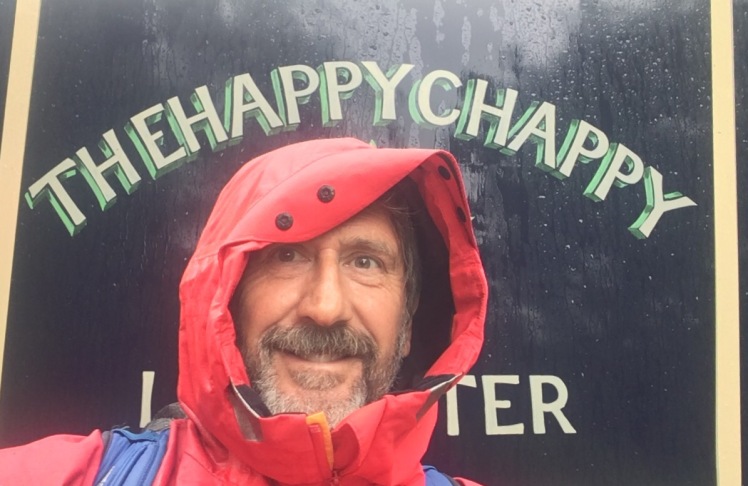