Picked up some scissors (blister surgery/dressing and beard trimming) and Vaseline (don’t ask but it’ll be more effective than face cream) and set off, powered by porridge and a veggie breakfast. One less layer but still my red waterproof to be seen for the road walking and no, no gloves, Chris and Maria! 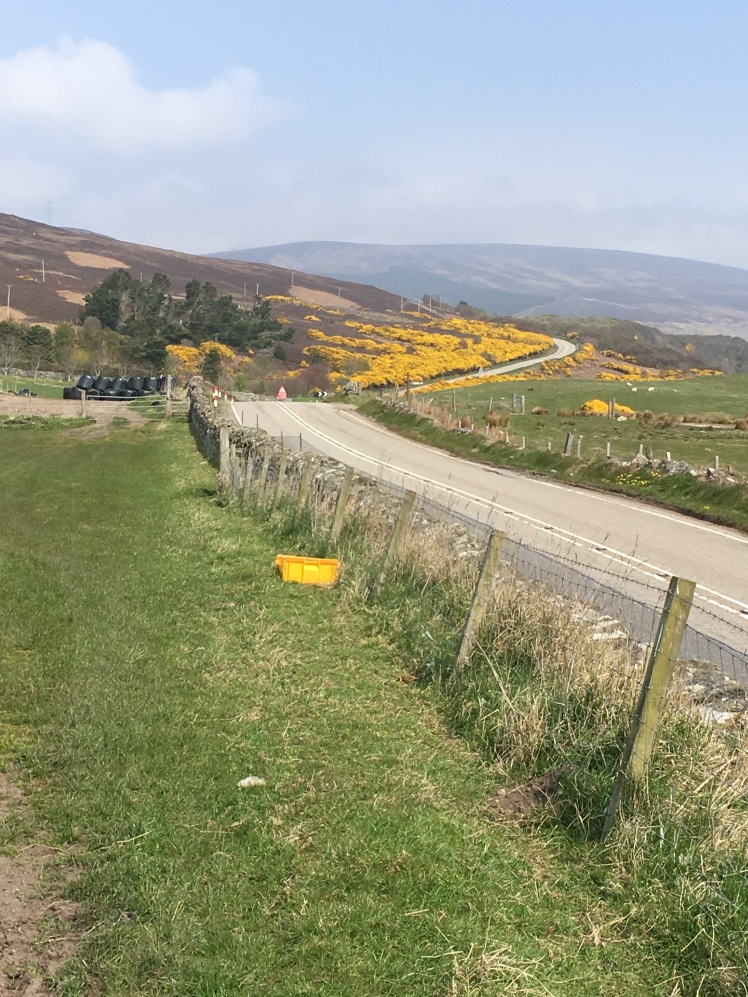 A walk of two halves today and longer than I’d anticipated – same distance as yesterday.  In the morning it was more of the A9 but with opportunities to walk alongside it rather than on it. I exercised the right to roam and went wrong a couple of times.  You think you’re doing well and suddenly the track disappears and you get greeted by 10ft gorse. I had to retrace my steps.

In the afternoon the sun came out and I got off the road and onto a links golf course at Brora and then along the edge of the sea all the way to Golspie.  Very nice albeit a bit windy.

Nearing Golspie, the route passed in front of Dunrobin Castle, home to the Dukes of Sutherland. Not a bad gaff…. 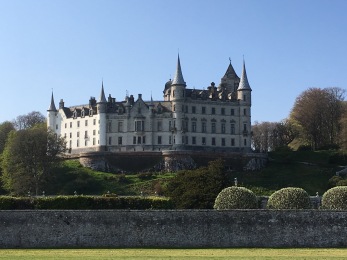 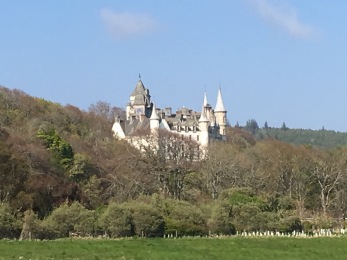 The bluebells are only just coming out up here. (And the daffs are still out). 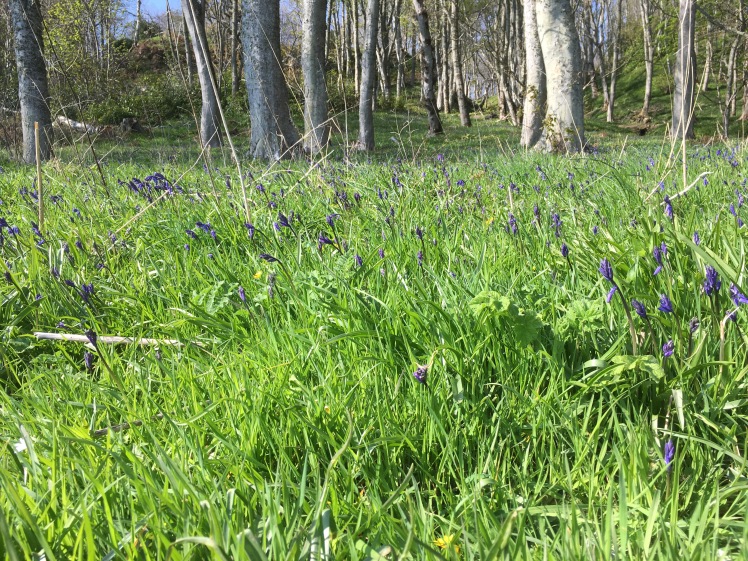 My first blister is annoying but I’m hopeful that Compeed will sort it. I had planned to wear my big Meindl boots as far as Glasgow but decided to go with a pair of lighter, new but worn in, Merrell shoes. Without rain so far I’m pleased with that decision. Judith, who inspired this walk, did LEJOG in trainers – best to go with what’s comfy.

Golspie’s on the edge of the map so it’ll be nice to dispatch another OS tomorrow in the walk to Dornoch. 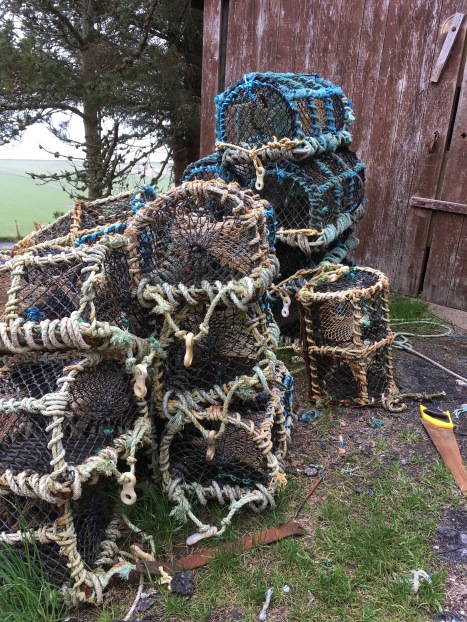 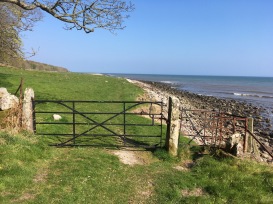 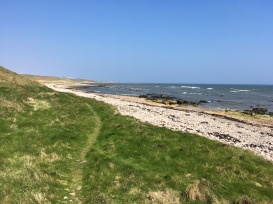